FOR IMMEDIATE RELEASE: January 16, 2017
The Justice Reinvestment Initiative (JRI) Seeks to Lessen the

Providence, RI — As the nation celebrates Martin Luther King Day, the Rhode Island Center for Freedom & Prosperity will recognize the struggle for civil rights by announcing its backing of a state Senate package of bills, designed to lessen the harmful impact of over-incarceration on Rhode Island families and communities, particularly those of color. 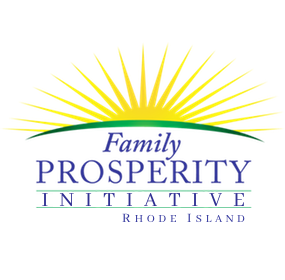 At its Family Prosperity Leadership Forum, to be held Tuesday, January 17, in conjunction with the Hassenfeld Institute for Public Leadership at Bryant University, the Center will join with civil rights leaders to endorse six bills under the “Justice Reinvestment Initiative (JRI)” banner that passed the Senate in 2016 but were held back in the House.

“Whether it is criminal justice reform, taxation, or education, if we are to improve our state’s dismal 48th place ranking in overall family prosperity, we must make helping families the focus of our public policy and private advocacy,” said Mike Stenhouse, Chief Executive Officer of the  Center. “At our Tuesday forum, we will recognize the leadership of Senate President Paiva-Weed and Senate Judiciary Chairman McCaffrey on this issue and we fully endorse passage of these bills in 2017.”

The legislation would modernize the state’s over-burdened probation system, which disproportionately impacts black families. The JRI legislation could help break the cycle of incarceration which makes it difficult for ex-offenders to live a productive life for themselves and their families.

Civil society leaders in the business, religious, community, and nonprofit sectors are encouraged to attend the leadership forum. Pre-registration is required at www.RIFamilies.org

In December, along with its national partner, The American Conservative Union Foundation, the Center unveiled an in-depth analysis of factors contributing to the Ocean State’s unacceptable ranking on the Family Prosperity Index (FPI). The Rhode Island Family Prosperity report  highlights Rhode Island’s poor scores on a number of factors, including family self-sufficiency, family structure, fertility, and illicit drug use, compounded by its significant out-migration rate, as the determinant factors in the state’s overall FPI rank of 48th in the nation.

The FPI provides the credible data that state policymakers, civic and religious leaders, think tanks and activists need in order to develop and advocate effectively for policies that improve the prosperity of families and the communities where they live.